These things are organized by their specific elements. The resulting groups are then arranged into compositions of art.

Extending to many cultures of people living in family, religious, work, and various other groups; We could be viewed as a complex living version of "assemblage”(Webster 1. a group of persons or things gathered or collected).

We have “found” each other by chance; either by blood, common goals, or a certain chemistry. These connections help to formulate new ideas, innovations, and even new generations. John Anderson

Jim was a good friend of mine and taught me the ways of the Lakota.

He was a brilliant, personable educator who knew and studied the Lakota Culture extensively. Jim seemed to know people everywhere. He spent most of his life in the Black Hills of South Dakota, and was a counselor in the Lakota schools. Jim took me to meet some of his students years after his retirement from teaching. He spoke about the Lakota Culture and wanted to share the importance of their struggle on his many visits to Crow Creek with BHS students there. Jim often referred to Frank Fools Crow, a spiritual and civic leader of the Teton Sioux. Fools Crow “…was aggrieved by the social ills he saw besetting his own people and forthright in denouncing [those ills].” (Fools Crow by Thomas E. Mails, First Bison Book Printing, 1990).

Jim also gave me a special book, (He Walked With The Indians, by Doris Powers Lauing, Register-Lakota Printing, Inc, Chamberlain, SD, 2009). It is about Medicine Butte. We visited the area, near Blunt, South Dakota. Preserved by Royal (Roy) Runge, “The ceremonial ground has a serpent effigy about three hundred feet long, tapering to thirty inches at the end. Now only an outline, but once was solid filled. Each curve meant distance and direction of immigration for future Indians to follow. The serpent’s head stood for the direction in which they traveled.”(Page 56). This site is one of three filed in the National Archive of Historical Monuments and Native American Culture in Washington D.C. One is near Pipestone, Minnesota, and one is on the bluffs south of Fort Robinson, Nebraska.”(Page 57).

As Jim was explaining to me in great detail about the circumstances involving the Wounded Knee incident, a crowd of visitors gathered around us to listen and ask questions.

In the town of Pine Ridge, SD, we visited The Heritage Center at Red Cloud Indian School. On the Reservation there, Jim introduced me to a number of Elders to discuss my visit to teach jewelry making in the park. I traveled to Pine Ridge with my “Mobile Jewelry Shop” for two seasons.

Many young Lakota at The Park showed an interest in my jewelry tent and tools. Younger children of all ages were brought to me from the Youth Center, and we made Jewelry and painted images of the American Flag.

Jim Anderson and Ray Piagentini were in constant communication with each other. So BHS students would have the best educational experience possible at the Zephier Ranch every year. The Crow Creek community Elders would  contributed much to help us accomplish our goals.

In a celebration of Jim Anderson’s life, I am posting photos of our BHS students and the Lakota children. Ray Piagentini started the “Brother’s Keepers” program and organized the yearly trip to Crow Creek for many years before my time there. Jim visited us every year at Crow Creek to share his passion and knowledge of  “Native American Culture”. There were many parent chaperones, teachers and administrators on the trip over the years, all organized by Ray.

(The location is at the Zephier family property on the “Crow Creek Reservation” in Fort Thompson, SD. )

Posted by John Anderson at 4:55 PM No comments: 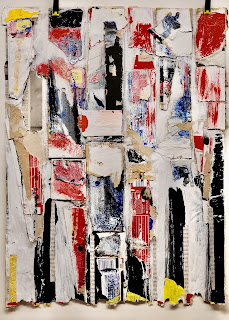 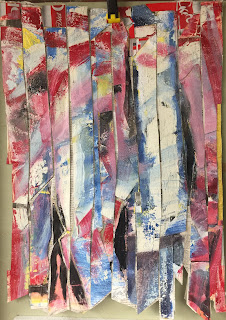 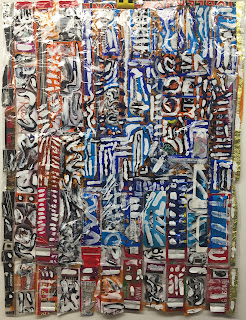 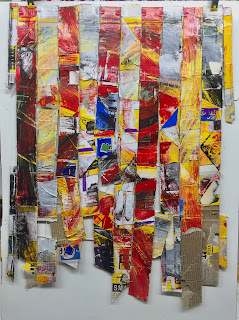 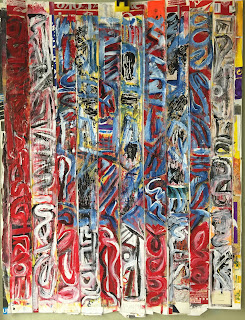 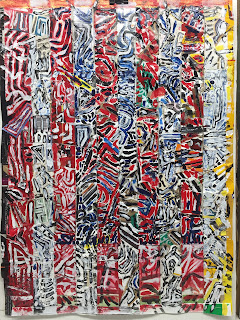 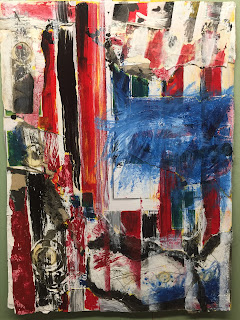 Posted by John Anderson at 8:48 PM No comments:

In addition to characterizing the Violent January 6 insurrection as “Legitimate Political Discourse”, The GOP is weaponizing "Cancel Culture" in Schools, engages an all out effort in voter suppression; and financing the Canadian trucker's blockade of goods to America in an effort to damage our economy for their own political advantage.

The Republican National Committee has declared the January 6, 2021 insurrection at the United States Capitol to be a “Legitimate Political Discourse”; and censored Liz Cheney (R) Wy and Adam Kinzinger (R) ILL. for their involvement on the January 6 Select Committee.

“The Republican Party, today, includes Fascists, Proud Boy Extremists, Neo-Nazis, and people filled with racial animus; all part of a coalition. Those individual parts cannot and do not fit together; but it’s a convenience coalition, because they seek to get back into political power.

We cannot let this happen under any circumstance until the “Autocratic”movement inside that party, which dominates it completely is “dead and buried”. And we are a long, long way from that.”

On January 6, 2021, “there was a conspiracy party headed by the President of the United States to obstruct, destroy, obliterate the peaceful transition of power in our Country. We know that this Autocratic movement is a “Cult Personality”, fueled by grievance and “Conspiracy Theories”.

It’s all part of this “toxic stew”. This movement possesses all the markers

that any expert in the field would require to say “this is an Autocratic Movement. And it’s metastasized north of our border with an insurrection underway in the Capitol of Canada.”

“This attempt to overturn our election is a defining moment, not only for the RNC, but for [our] entire Country. The violence where 140 police officers were assaulted and killed, where insurrectionists defecated in the U.S. Capitol, urinated on the walls, bludgeoned people with the American Flag, attacked peoples with Bear Spray. And the RNC calls this “Legitimate Political Discourse”? We could lose our Country over this!  This is an enormous deal! No political leader in America of either party has ever made such a [false] declaration!”

“You have this “Institution”, the 3rd oldest party in the world sanctioning

“Fascistic Violence”. The 2020 election was about Donald Trump’s unfitness for office. The next elections will be about the American people. We have to decide if we are going to throw our “American Experiment” into the “dust bin” of history. Despite all the flaws of our Country, all of it’s hypocrisies…Our Nation made up of all the peoples of the world, where every language is spoken…We have fed more people…We have cured more people than all the other peoples of the world put together since the beginning of time.”

“This is an exceptional Country. It’s greatest dissidents didn’t seek to tare it down. Martin Luther King sought to be included in it’s promise. He marched to the Lincoln Memorial to collect a promissory note. We’re going to wash that down the sewer? For Donald Trump? We’re going to usher in an age for our children of “political violence” in our Country?”

“It’s appalling! It’s despicable! The line has been drawn! The issue is clear! There is no backing off from this! It has to be confronted; and the American people have to decide; and that choice will determine whether we have “Peace and prosperity” for this decade, and the next decade, and decades after for our Country.”

Posted by John Anderson at 8:27 PM No comments:

Youth and the Social Impacts of Coronavirus

“On the plus side, platforms like “Squad” help youth connect in a positive way, and resourceful teens are using Instagram to “fake cast” each other in Broadways shows.”

Posted by John Anderson at 10:11 PM No comments:

Greta Thunberg, Nobel  prize winner, is angry for a good reason.https://youtu.be/11FCyUB81rI
Posted by John Anderson at 10:35 AM No comments:

“For everyone who ever served in uniform, in the intelligence community, for diplomats who voice the nation’s principles, first responders, tellers of truth and the millions of American citizens who were raised believing in American values — of all political persuasions, have seen the assaults on our institutions: on the intelligence and law enforcement community, the State Department and the press. They have seen our leaders stand beside despots and strongmen, preferring their government narrative to our own. They have seen us abandon our allies and have heard the shouts of betrayal from the battlefield.”
“We are the most powerful nation in the world because we try to be the good guys...because our ideals of universal freedom and equality have been backed up by our belief that we were champions of justice, the protectors of the less fortunate.” Admiral William H. McRaven (ret.)(commander U.S. Navy Special Operation Command). NYTs, Opinion Section, October, 18, 2019. “We’re Under Attack From the President.”
Posted by John Anderson at 10:48 PM No comments:

“A Widening of the Lens” by Antwaun Sargent

“Her gaze is confident, a symbol of black motherhood, beauty and pride.”
“To convey black beauty is an act of justice,” says Tyler Mitchell.
“Tyler Mitchell is a part of a burgeoning new vanguard of young black photographers, including Daniel Obasi, Adrienne Raquel, Micaiah Carter, Nadine Ijewere, Renell Medrano and Dana Scruggs, working to widen the representation of black lives around the world [and] expand the view of blackness in all its diversity...
...they are challenging a culture that still relies on insidious stereotypes in its depictions of black life”...”exclusion of black works from mainstream fashion and galleries, artists are curating their own exhibitions, conceptualizing their own internet sites, and using their social media platforms, [receiving] comments on how their photographs powerfully mirror their own lives.”— black art as universal.” Antwaun Sargent 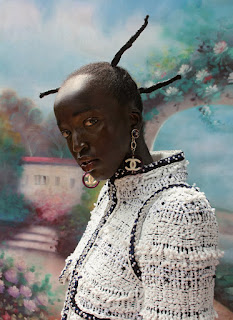 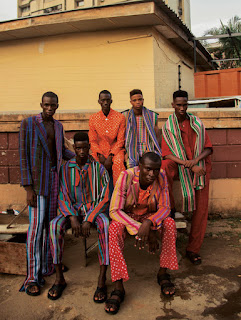 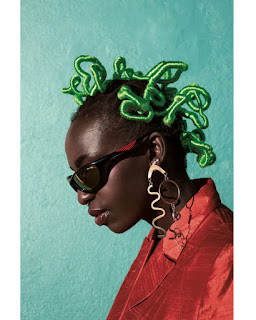 Posted by John Anderson at 5:24 PM No comments:

In addition to characterizing the Violent January 6 insurrection as “Legitimate Political Discourse”, The GOP is weaponizing "Cancel Cu...

Websites for Artists and Art Educators 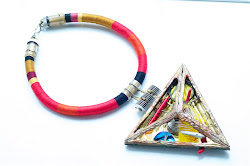 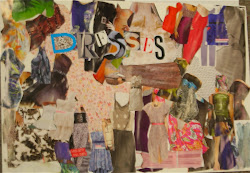